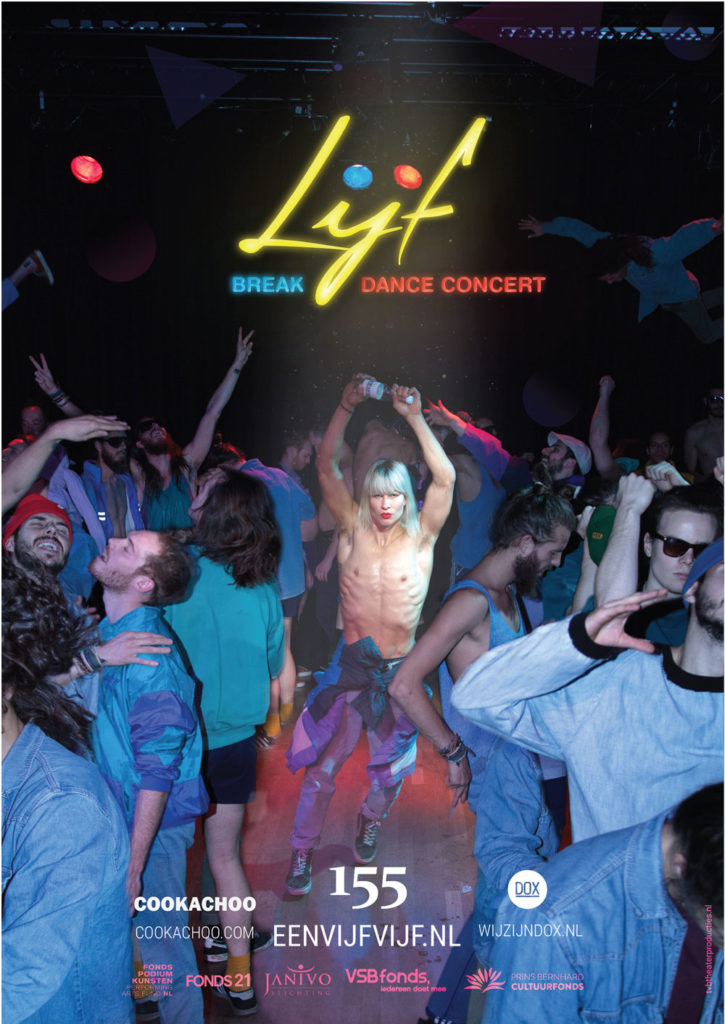 Adhesive floors. Sweaty bodies. Too loud music, so you can only communicate with body language. Why do we like being in a club at night? That is about BODY. A co-production with Dox and Anne-Fay, in which boundaries blur between club night, pop concert and dance performance.

Breakdance collective 155 (one-five) played off at Lowlands, Sziget, TivoliVredenburg and in the Melkweg. This time the men climb the podium together Anne-Fay. So: break dance and live music. But also voguing, video art and catchy beats from the nineties.

Performers and audience are mixed up. Dancers and musicians switch roles. The setting: a festival atmosphere where people can drink, cheer and surf. With their energetic show, 155 and Anne-Fay build a party in no time, but with content.