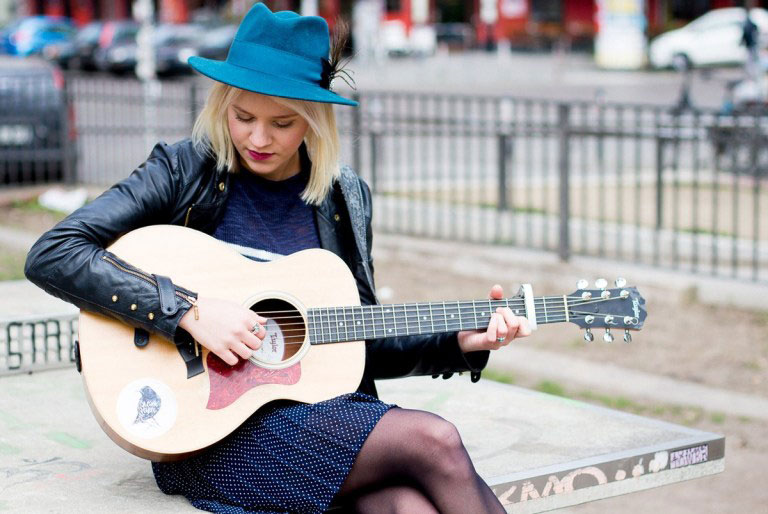 Berlin original Alice Hills’ music was shaped by Berlins streets, squares and subway stations where she has been performing since the age of 17. The sometimes challenging but very rewarding environment helped her perfect her unique singing style that has become her trademark. She perfectly combines soft and powerful melodies with a unique dynamic. It’s a signature folk-songwriter sound, laced with Jazz, Blues and Soul influences. But the streets have also influenced her songwriting which is always relatable- from topics of heartbreak and love to issues of society.

Some of the highlights of her career so far was performing for the german chancellor Angela Merkel in 2014 in course of their open door and officially playing at the G20 summit in Hamburg 2017.
Every summer since 2014 she has been going on extended summer busking tours –  also playing at festivals like the Montreux Jazz Festival (Switzerland), the Avignon Theater Festival or at the Edinburgh Fringe Festival.
She is touring Australia until March 2019 followed by New Zealand for a month from mid March. After that she will return to Europe where she will spend the rest of the year. If you would like to book her for a private show or function please head over to the “booking” section and we will make it happen! .

Currently she is working on a new EP which will be her third studio-produced work, since publishing her solo album ‚Songs of Love and Despair‘ in May 2016 and her Band EP ‚UP’ in February 2017.