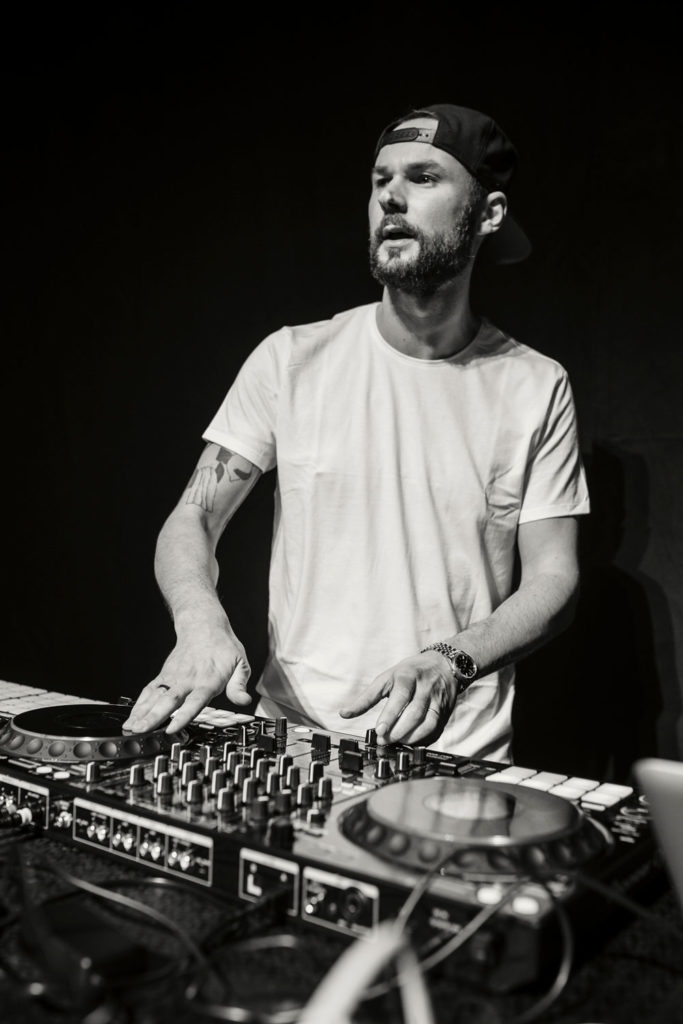 It didn’t start with me like with many other musicians …
As you often see on the internet, toddler pictures posing with a tambourine or other instrument in hand, suggesting that it was already there from birth …

Here is a short version of my story …

Out of my love for hip hop, I bought my first pair of turntables when I was 16 years old. Then a period of;

I think you understand my point now …

What did I do after all that practice?
– Increased my musical knowledge by working in a record store.
– I have been Kraantje Pappie’s live DJ for 6 years (shows at home and abroad)
– Winner of the Grand Prix of the Netherlands 2009
– World tour with Playground Zer0 (China, Indonesia, England, France, Romania, Germany, Czech Republic)
– Finalist DMC online DJ World championships

In addition, I am a Resident DJ at several clubs and currently I am mainly concerned with;
– Managing my record label ‘In The Lobby’.
– Producing music / writing.
– Touring as a live DJ and MC with my band Playground Zer0.
– Tour as a live DJ for Pat Smith.
– Recording scratches for artists.