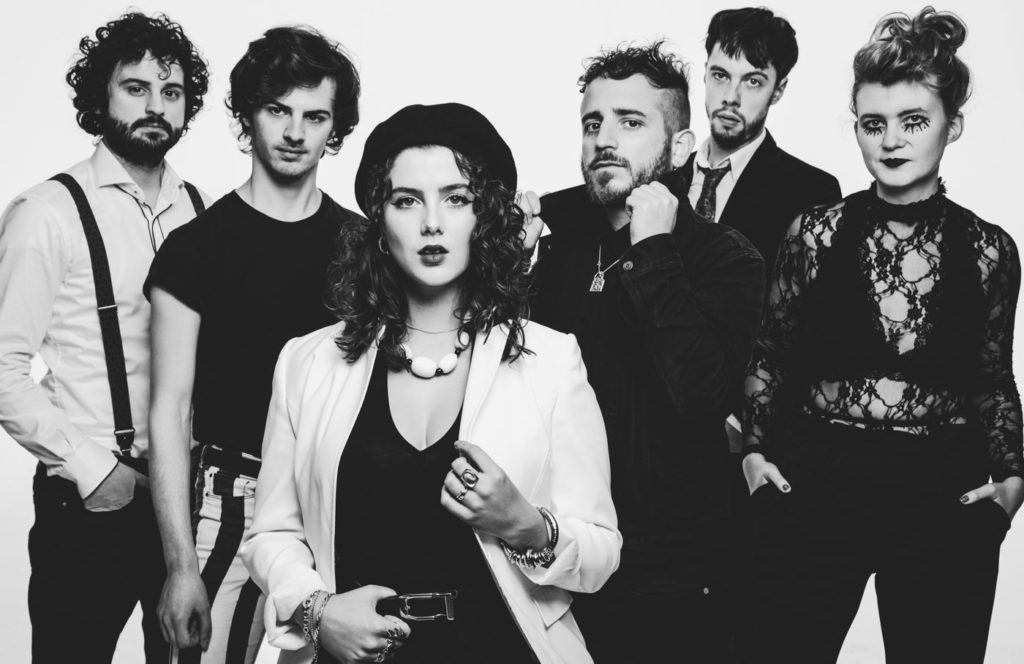 Holy Moly & The Crackers make riotous party music for the masses. Their upcoming third album, ‘Take A Bite’ (released April 5th2019 on the band’s own Pink Lane Records), is concise, passionate take on folk, blues and indie rock. The sound of a band who have been searching and experimenting for several years; arriving at a place where they can say “this who we are and this is where we want to go”.

Led by the euphoric lead single, ‘All I Got Is You’ (championed by Spotify and Radio X) ‘Take A Bite’ combines pop song craft with stomping, four to the floor backing, demonstrating the Newcastle-based sextet’s commerciality and ambition, as well as their ability to tackle personal lyrical fare, deftly led by vocalist Ruth Patterson. Further adorning their naturally expressive take on British folk with sizeable dollops of rock’n’soul, sharp indie-rock, vulnerable balladeering and festival-ready psychedelic trips towards the Middle East, ‘Take A Bite’ sets its stall confidently in the previously unoccupied space between the Gossip, Arctic Monkeys and Gogol Bordello..

Working once again with producer Matt Terry (The Prodigy/The Enemy), the band – completed by Conrad Bird on vocals/guitar/trumpet, Rosie Bristow on accordion, Nick Tyler on electric guitar, Jamie Shields on bass and Tommy Evans on drums/backing vocals – created ‘Take A Bite’ at VADA Studios in Warwickshire, where the band recorded their 2017 album ‘Salem’ and their breakthrough track ‘Cold Comfort Lane’ (which a year later featured in the end credits of 2018 summer blockbuster movie, Oceans 8).

This time around the recording process was marked by a shift in production technique from Matt Terry. “Usually, you’ll record all the drum tracks and then all the bass tracks. But this time we recorded one song at a time and completely lived it”. The band even went one step further during the recording of the Byrds-influenced, folk-rock ‘Can’t Get Enough’, with producer Matt creating an immersive 60s experience in the studio. “Matt’s mad! For that one he made us dress up in 60s clothes, bandanas, suits, flares,” Conrad laughs. “And it was really silly, but it really got us to live it.”