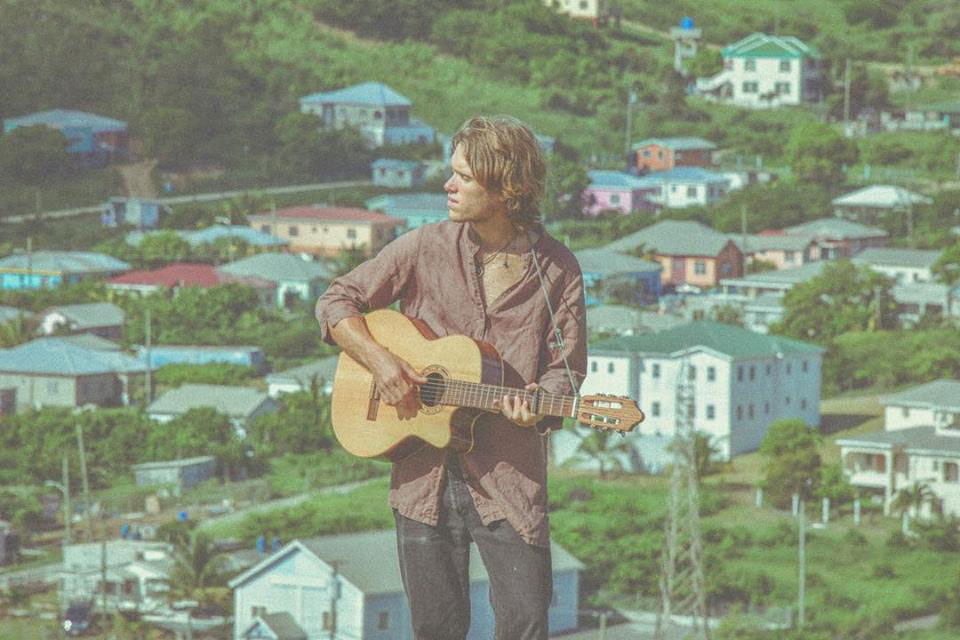 Raised in Antigua, West Indies on a potent mixture of Bob Dylan, calypso, and the ocean, Joshu is bringing a new island sound to the world. With notes of Jack Johnson and Jose Gonzalez, his songs resonate with the laid back lyricist in all of us. His Caribbean childhood was steeped in the eclectic musical tastes of his father and mother, from Mozart to Belafonte, which has inspired a beautiful combination of groove and folk.

2019 marks the release of his debut EP ‘Lines of Time’ (available at music.joshu.art) which has seen widespread praise from fans and critics alike. On the heels of this record, Joshu has upcoming plans for Caribbean and European tours this year, performing and busking in his signature open, impromptu style.

Having honed his stage presence with three years leading Sound Citizens (touring across the Caribbean & UK and personally producing 3 albums), it’s no wonder Joshu has the ability to create a particularly unique feeling of connection at live performances.

He’s a lover of travel, a new school troubadour, with the goal of becoming a better, wiser, more creative and connected human being through music and learning. 24 and already prolific, Joshu is a songwriter and performer to be watched closely over the next few years as his solo efforts begin to bear fruit.