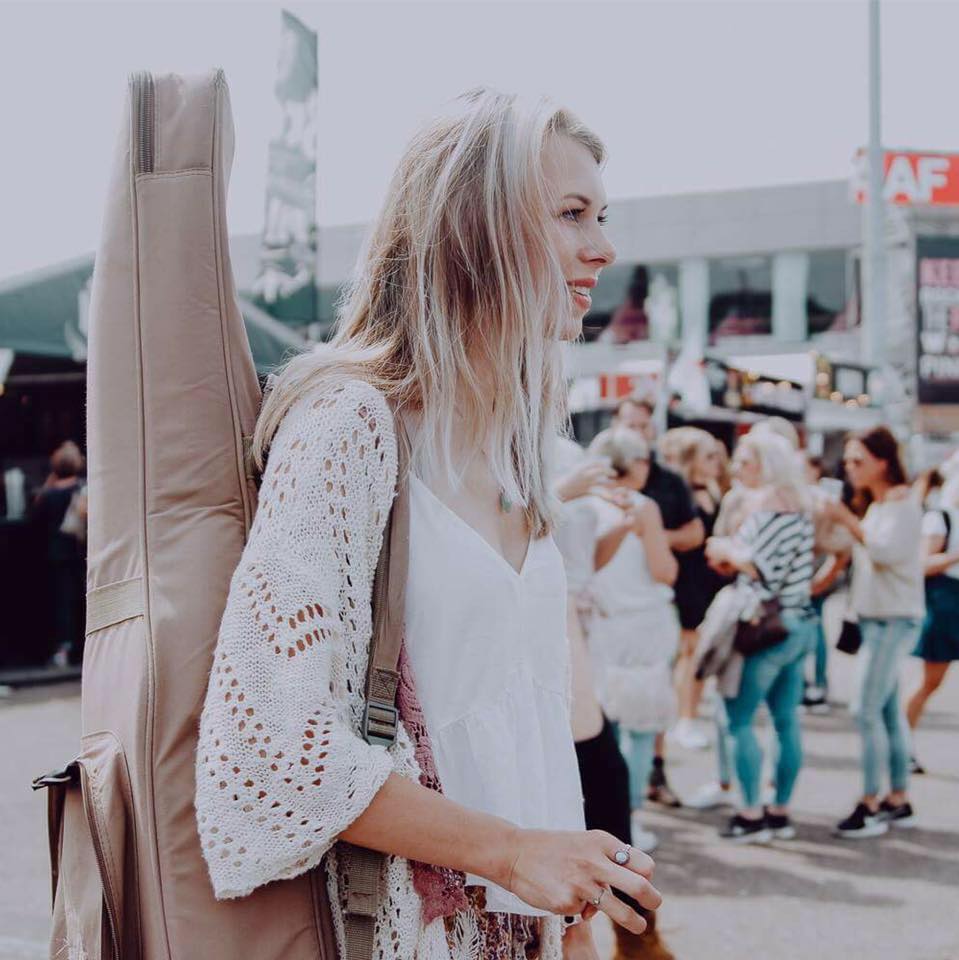 I’ve always been a singer. I cannot remember a time when I didn’t sing. I’ve had singing lessons since I was 11 and I’ve participated in a number of talent shows / open stages. When I was fifteen, I signed up for the KTM Pop Music course at the Arcus College. This year I also started playing guitar and writing songs. I started making poems from a young age, I have never really processed it into a real song. In the year 2014 I participated for the first time in Kunstbende. This year I won the Pinkpop Cover Contest via Kunstbende. That meant that I could go to Pinkpop for 3 days. I was also allowed to play my cover ” In your arms ” from Chef’Special backstage on Pinkpop. In the summer I could join Kunstbende on an exchange project to Curaçao! That was a really great time.

In the year 2015 I joined Artbende again with Kenny d’Aubreu de Paulo (pianist). We became first in the regional final and third in the national final. This year a lot happened … I became more and more active and met new people. Suddenly I was asked if I wanted to do the support act of Will And The People, a band that I am a fan of. Supervet of course! For that performance I did not just want to be on stage with my guitar, so I sought my own band, which still exists.

We have already done a number of festivals together. I prefer to do the bigger performances now with a band. Last year I signed up for Giel’s talent show …. And of the 1200 entries I ended up in the Giel team. Wow I have experienced such a beautiful time. The best thing was that we were allowed to perform as the final show in Paradiso …. And I was allowed to write a song & sing duet with Douwe Bob. Very cool. At the moment I focus mainly on my own album and I am still very much performing. I’m ready for the future!