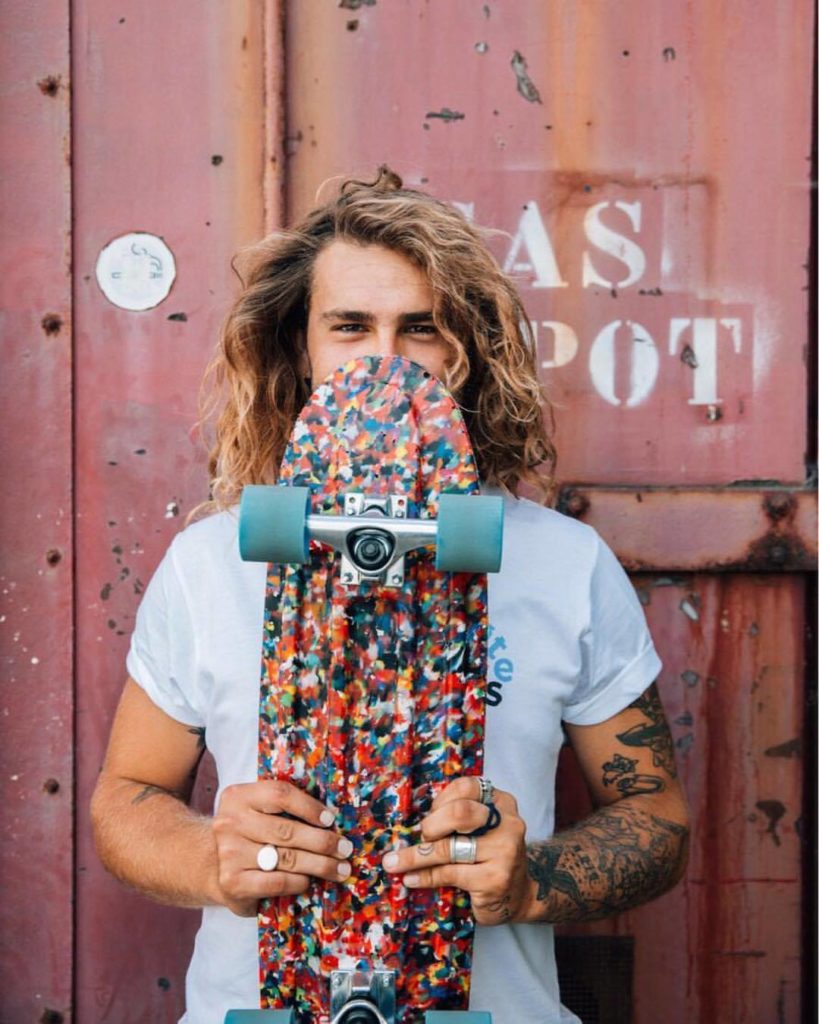 Max Poolman is a Folk / Country inspired singer-songwriter. Inspired by artists such as Ben Howard, Ryan Bingham and Ryan Adams, he writes raw and intimate personal songs that drag you into folklore during live performances. A skateboard accident years ago affected his nerves and 2 years ago it became increasingly difficult to continue to play and perform at the same level. He had to stop for a year to work on his recovery. After many therapies and surgery, he is back with new songs and he is eager to play more shows.

Although he was out for a while, he managed to record his first single “Follow The River” and release it last January. The full studio version is a mix of Folk, Country and Pop. Various famous musicians contributed to the song “Follow The River”. Producer Jeroen Egge has worked with Pete Doherty, Tyler, the Creator and Dutch talent such as Dursun. Co-producer Andert Tijsma is the regular bass player of Thomas Azier and Alain Clark, among others. Drummer Sean Gascoigne, known for HOLYMEN, and the young country singer Rose Marin also collaborated on the single by Max Poolman. The first single dares to combine multiple styles.

The passion for country and folk is clearly reflected in the intimate guitar playing and through the raw voice of Max Poolman. Analog synthesizers and electric guitars create a pop sound that is completely present in the catchy chorus. “Follow The River” by Max Poolman ends up being a tough sing-along for the car.

Max will soon be entering the studio again to record some newly written songs. In these new songs the more melancholic, raw and sometimes dark side of his songwriting will come to the fore and for the lovers of his solo sound there will also be acoustic versions of “Follow The River” recorded.

Max will also go on a tour along the French west coast with fellow musician and one of his best friends Mitch Julius this summer to play for the guests of different surf camps, and of course to be able to surf again himself now that he has recovered!