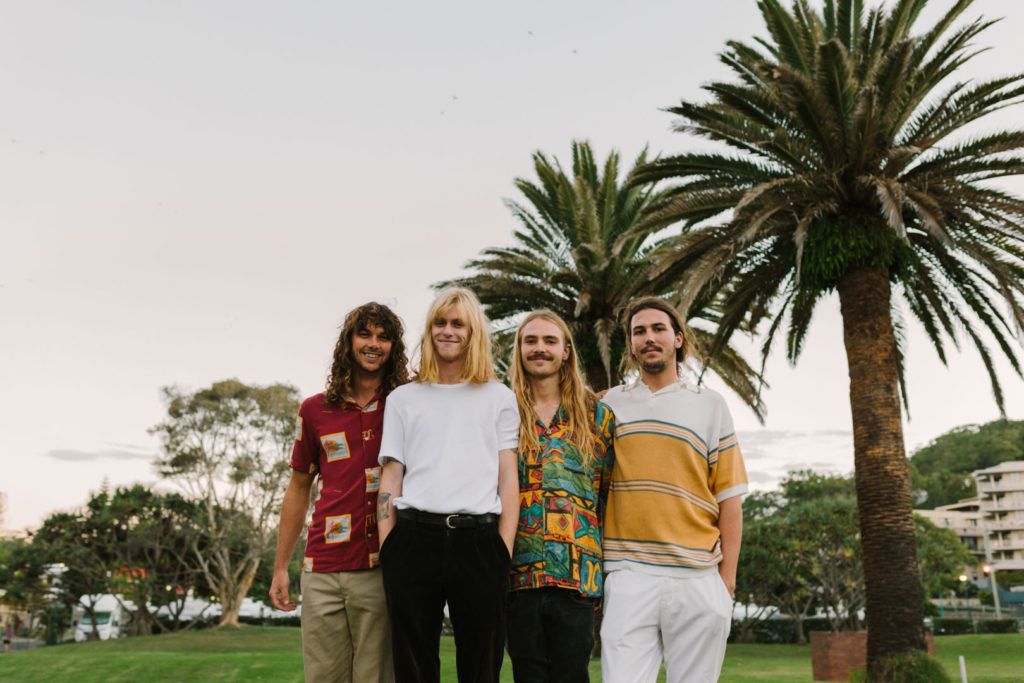 From the shores of the Gold Coast, high school buds Denny Hilder (vocals/rhythm guitar), Ben Crichton (lead guitar) and Mikey Woodworth(drums) have formed together with the talented Liam Ward (vocals/bass) to mix the different delectable flavours of rock n roll brewed with a fusion of reggae and psych surf vibes.

The band first consisted of jams strung together by 3 members Denny, Ben and Mikey in a struggle to find the right equilibrium of bass. Until one starry night, a tropical barrel boy washed up on the shores of South Stradbroke Island where the three boys happened to be at the time. They took him in as one of their own, naming the creature ‘Liam’, nurturing and feeding him with peaches to survive. Although communication was difficult with the foreign specie, they learned to speak the language of music, by strapping a bass guitar to Liams chest and glueing a sailors hat to his wild brain. They then started to cook up these exotic tasting sounds known as ‘Peach Fur…

​Peach Fur have had their hands full smashing the circuit, playing festivals such as Shakafest, Ozfest, The Gold Coast Show, Hey Sunshine fest and Bohemian Beatfreaks as well as regularly playing venues such as Elsewhere, Miami Shark Bar, NightQuarter, The Zoo, The Northern plus many more.

Peach Fur have also shared the stage with the likes of Dune Rats, The Delta Riggs, The Belligerents, Ross Wilson, Lime Cordiale, Bootleg Rascal and The Beautiful Girls.