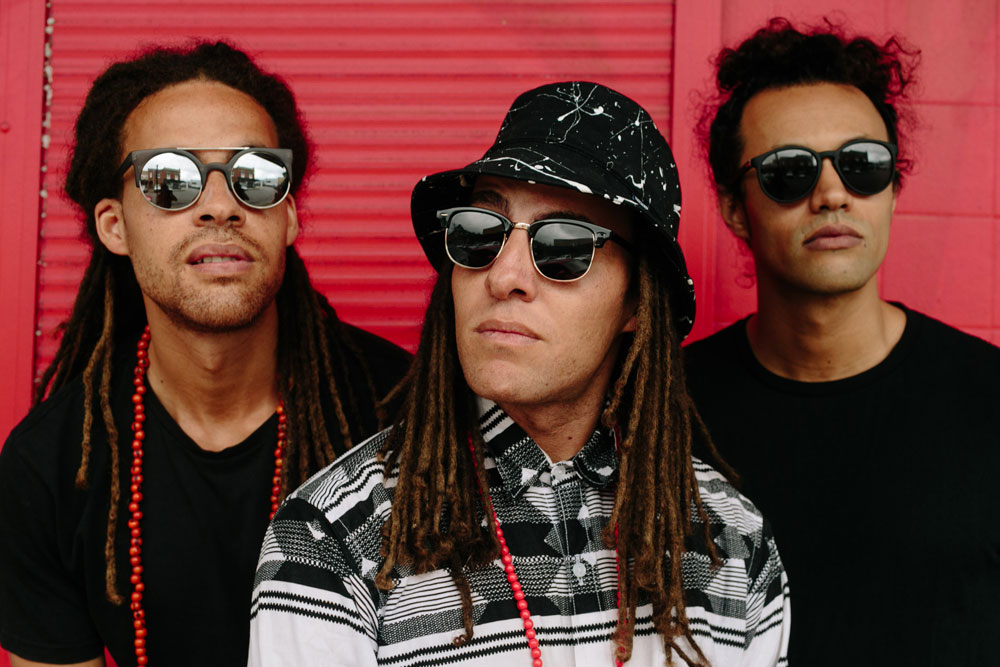 Drawing from their African heritage and raised in the cultural migrant melting pot of Australia their sound takes influence in equal parts from Fela Kuti, Hugh Masekela and The Daptone Horns as it does from Outkast, Fat Freddy’s Drop and Rudimental.

Made up of multi-instrumentalists Vuli, Moody and Klue the trio has developed a reputation for an electric live show, which includes all three artists producing beats and playing horns live on stage, taking them to some of the worlds finest festivals including: Glastonbury Festival (UK), HIFA (Zimbabwe), Bushfire Festival (Swaziland), Azgo Festival (Mozambique), Woodford Folk Festival (Aus), Sydney Festival (Aus), Future Music (Aus) and they were handpicked to support acts such as Ozomatli and Theivery Corporation on their Australian tours.

Inspired by their travels, the trio returned to the studio to craft a new sound they describe as ‘Afro Bounce’, with their newest single ‘Heaps Good (Samuel L Jackson)’ peaking at #2 on the itunes World Music charts, which followed the success of their previous single the ‘The World Is Ours’, which peaked at #1 on Spotify’s Viral chart for the UK and #4 globally.

At the start of 2018 the band literally lived in a western-Sydney art gallery for two weeks while writing, directing and scoring a short film and EP, featuring their afro-inspired songs and choreography from dancers Thuba Ndibali and Pepsie Magonya.The film’s central theme explores what it means to grow up as an African-Australian. During their most recent tour to Zimbabwe the group spent a week recording with local musicians who will also feature on their newest project.