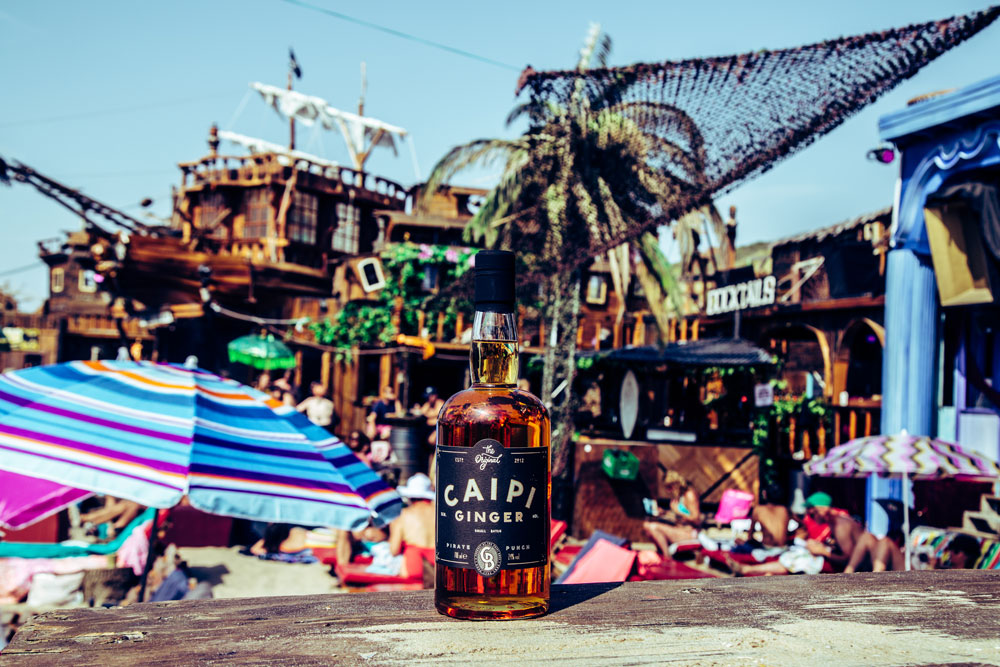 HOME IS WHERE THE BOYS ARE
The CaipiBoys is a brotherhood, united in their refusal to grow up. A bunch of overgrown boys with too much hair and not enough time for things like, oﬃce jobs and neck ties.
It started with a party. On the beaches of the Dutch coast a group of mates started throwing the parties they wanted to go to – with good people, great music, tasty drinks and unforgettable moments. They mixed the drinks they like to drink, and the crowds of thirsty party animals agreed that they were pretty damn drinkable. And so, the CaipiBoys were born. What started as a way to turn partying into a job, and a way to fund winter escapes chasing summer and surf around the world has turned into a way of life.

These boys are the exception, not the rule. They are modern-day pirates; breaking rules, discovering the world, living life on their own terms and proving that there’s always an adventure to be had, you just have to know where to look. For them, gold comes in liquid form and it tastes like Caipi Ginger http://www.caipiboys.nl/caipi-ginger/. They’re on a life long mission to ﬁnd CaipiLand – an as yet unknown location; it’s local, it’s exotic, it’s paradise. You never know how close you are, it might be around the next corner, beyond the next wave, in the ﬂames of your next BBQ, in a sip of your favourite drink, in a night with your mates, it might even be in your own backyard. Never stop searching, it’s good for you.